I have been wanting to share pictures from when I saw Taylor Swift on her 1989 tour last year for so long with you guys! Today since I finally had a free moment to get the pictures together I will be sharing my 1989 World Tour Experience and pictures!
First off I saw Taylor when she came to Arlington, Texas last year in October. The story of how I got tickets is literally insane. So at first my parents didn’t think we could afford tickets unless I could get them pretty cheap. I went on Craigslist looking for deals, which were impossible to find btw because there were SO many scams. The Dallas news stations were actually putting out warnings telling people not to buy tickets for Taylor on Craigslist because so many people were being scammed. I was so close to giving up when I got an email from a lady who said her daughters two friends couldn’t make it and she would be happy to give me the (hard copy) tickets at my price. I was BEYOND ecstatic and made a time to meet her. We were supposed to meet at 3:30 the day of the concert(concert started at 7) at a mall not far from us. So my mom and I went to the mall and waited for about an hour and then texted her and asked where she was and she said she was almost there but was stuck in traffic. So we kept waiting and waiting until it was 5:30! We texted her and called but she wouldn’t answer so basically I was out of luck. I was literally dying inside but I didn’t want to say anything because the whole thing was my idea! My mom felt so bad so we ran home and bought two tickets off Stub Hub which happened to be not too far off our budget! We were running out of time though so we were rushing around like crazy getting dressed and driving there. We finally made it just in time to grab our seats and a snack before the opening acts went on, they were Shawn Mendes and Vance Joy.  Taylor was absolutely fantastic, this was my second time seeing her and she never disappoints. I am such a mega Swiftie ❤ I'll put the pics from the show down below! I hope you guys enjoy!
Xoxo, Alex~ 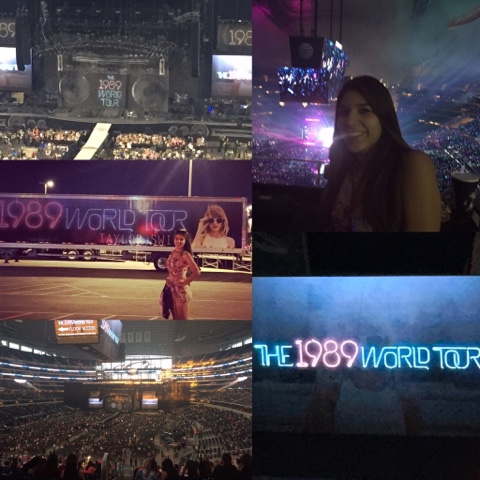 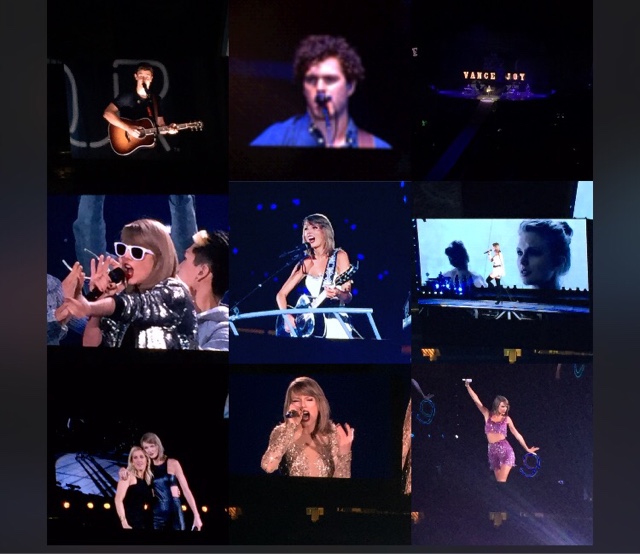